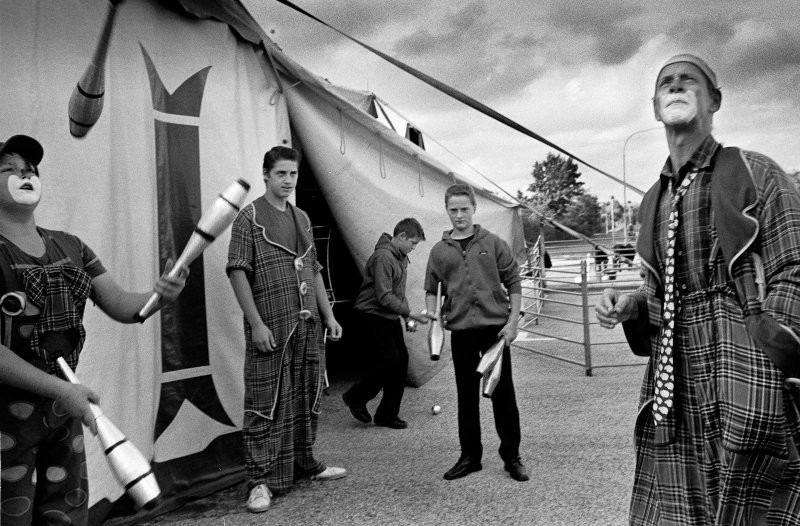 Everybody warms up in front of the marquee before the show when the makeup is done and the costumes are put on
I don’t remember exactly when I noticed this circus. Many of them come and stay around the city during summer time, and I had an idea to make some sort of story about the circus for a long time.
At some moment I screwed up my courage and came to ask if I could photograph there.
It was 2010, and since then I’ve photographed this circus each year they came to Lund.  In Europe stationary circuses exist only in very big cities. Most circuses travel. Bambino is a small family circus from east Germany. They travel around south Sweden from April till September. 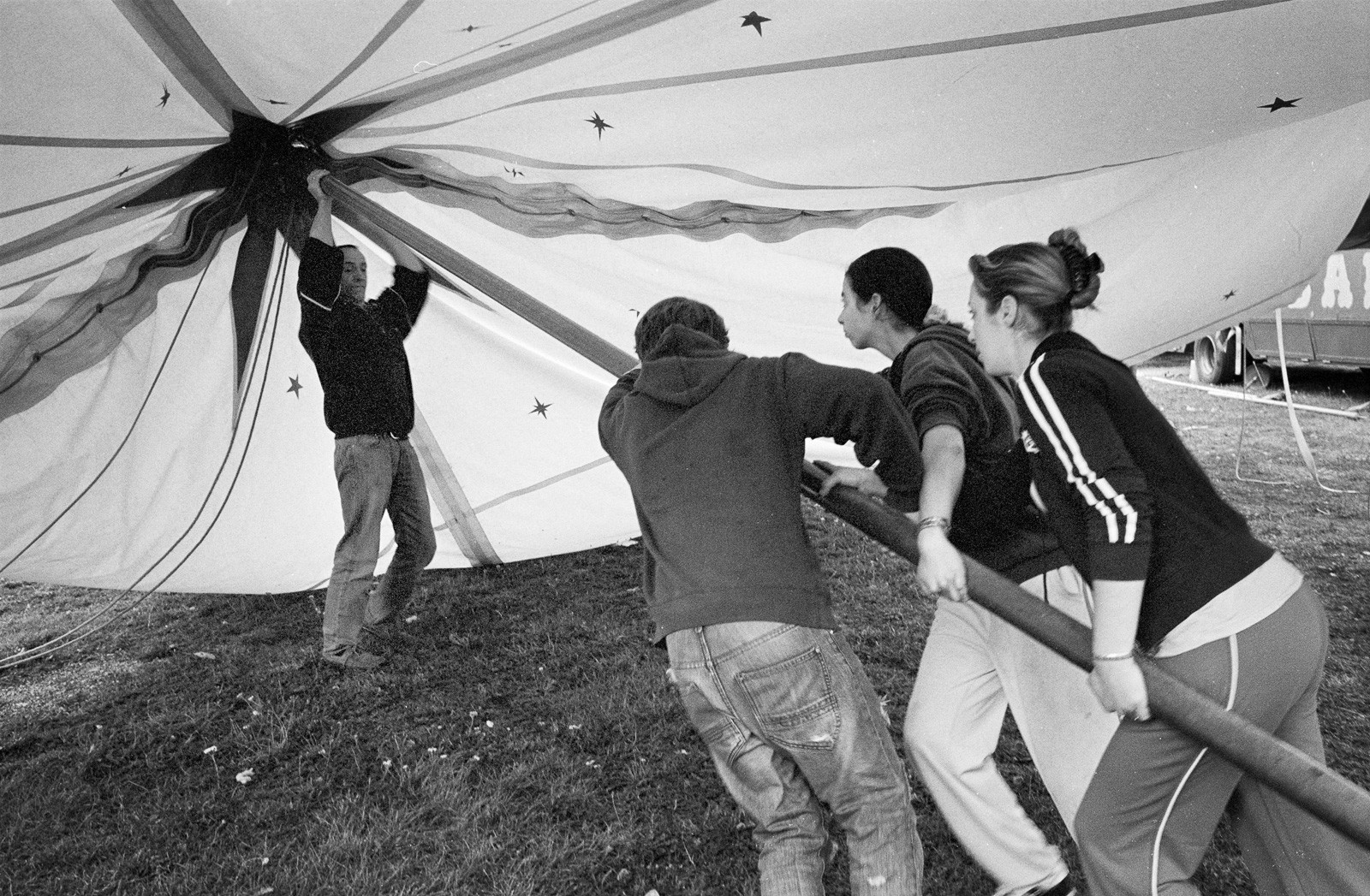 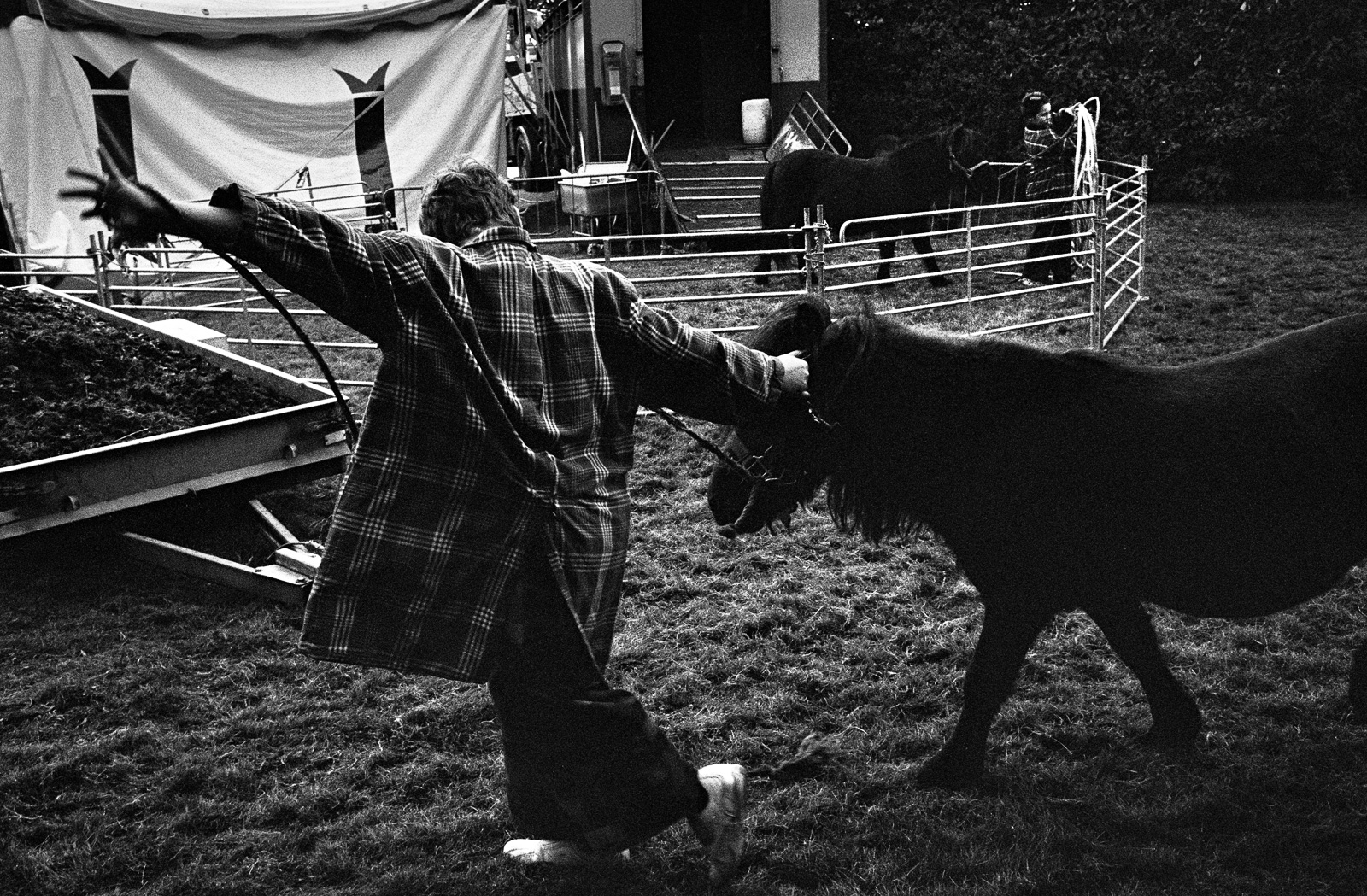 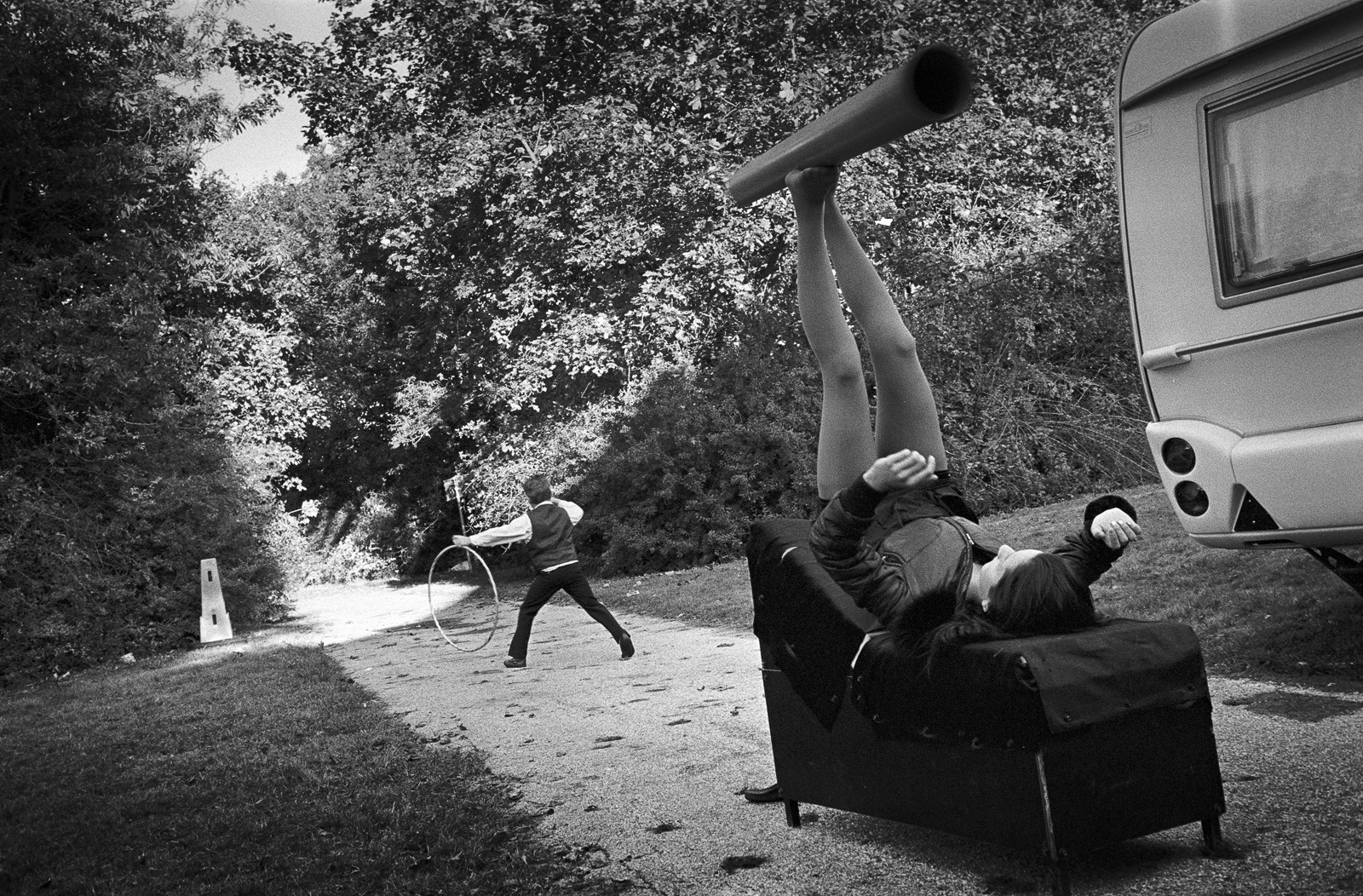 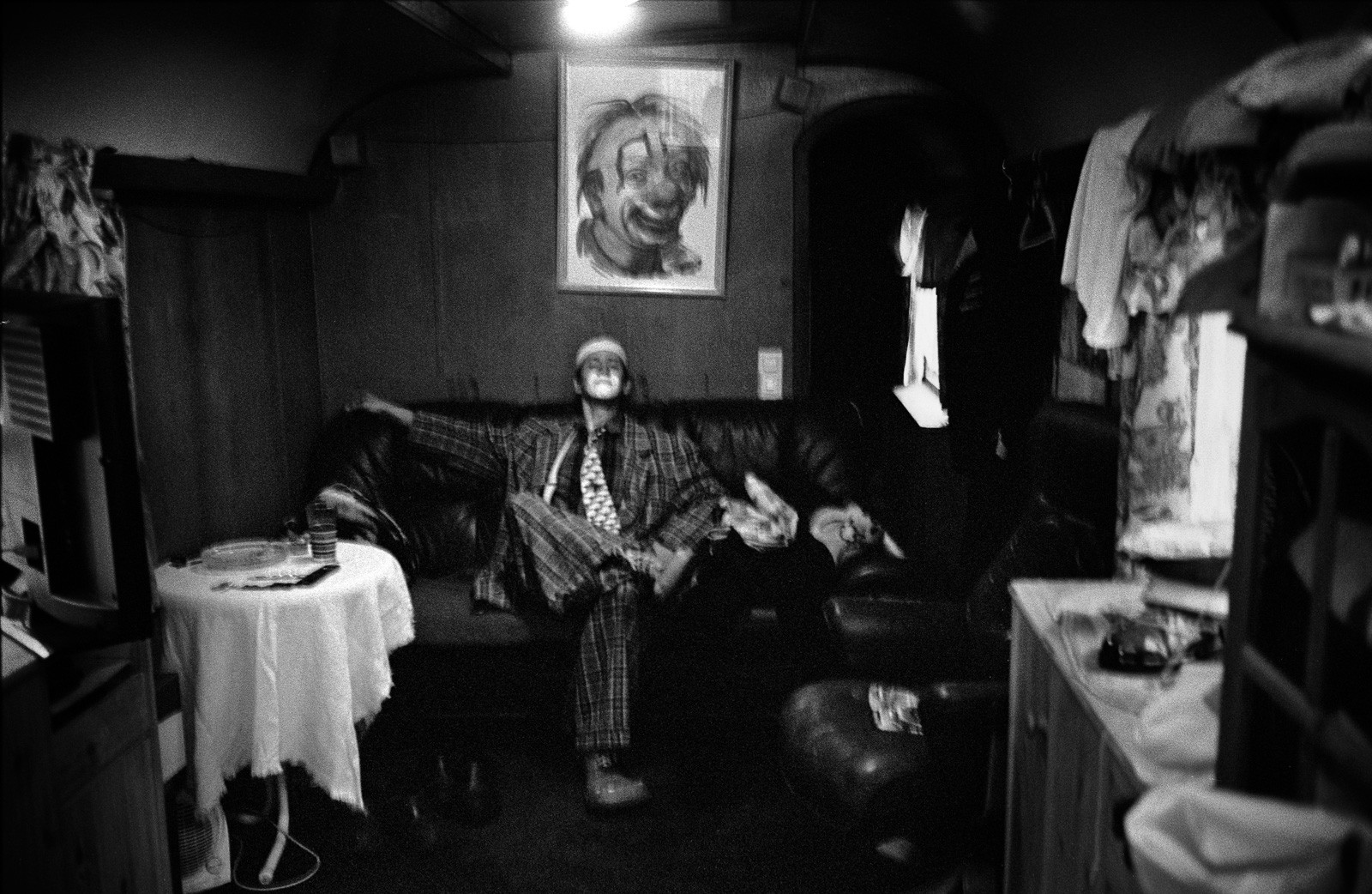 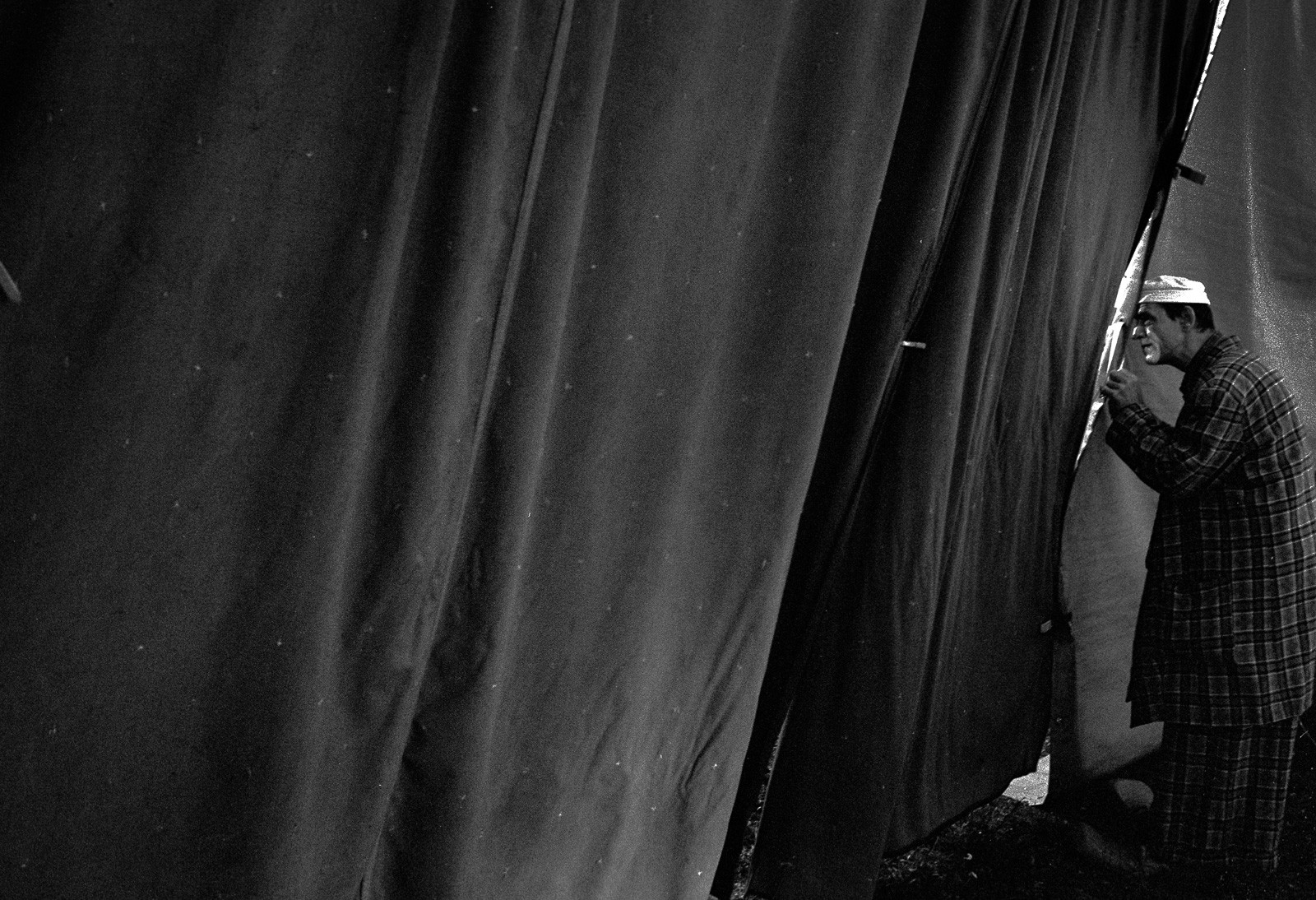 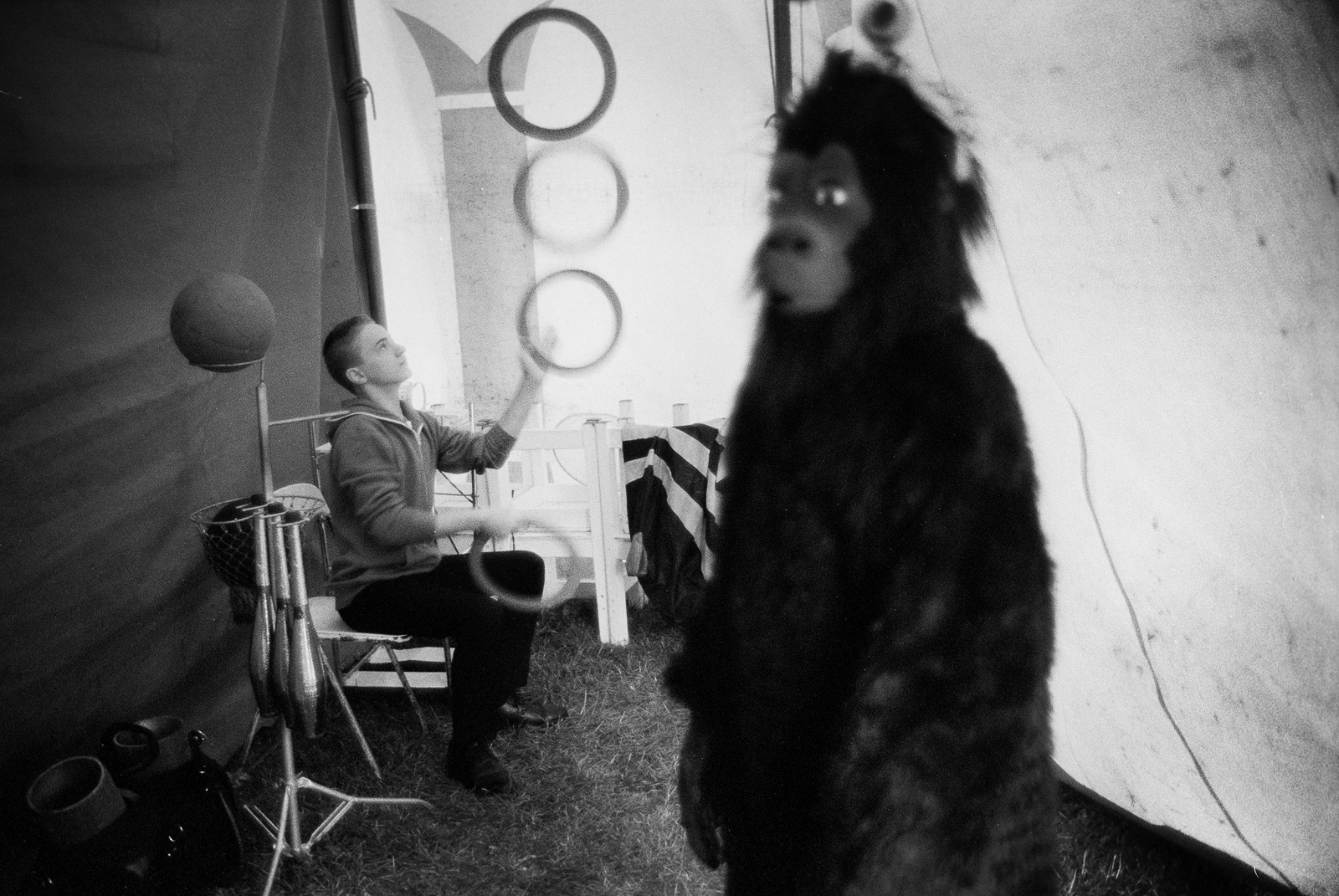 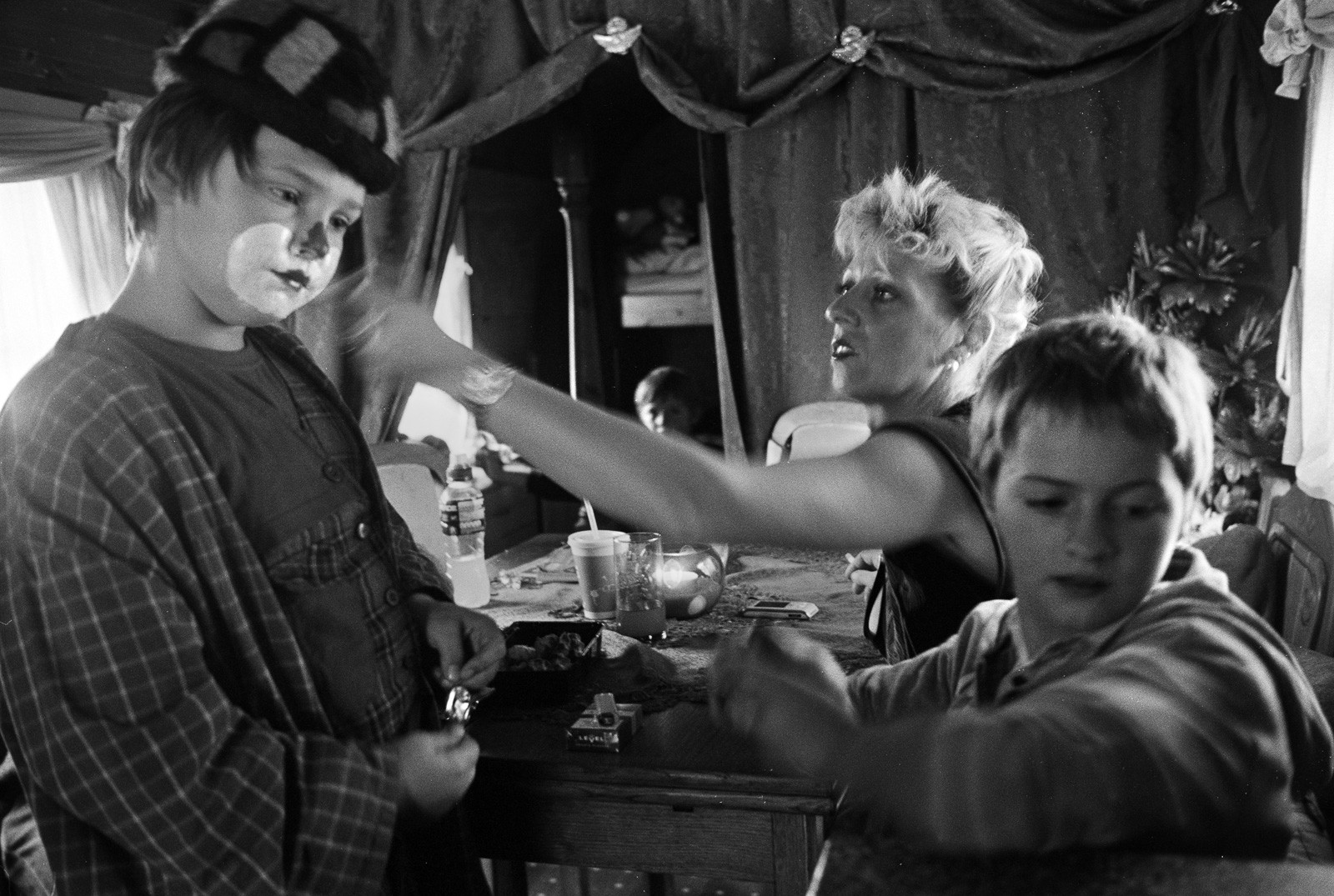 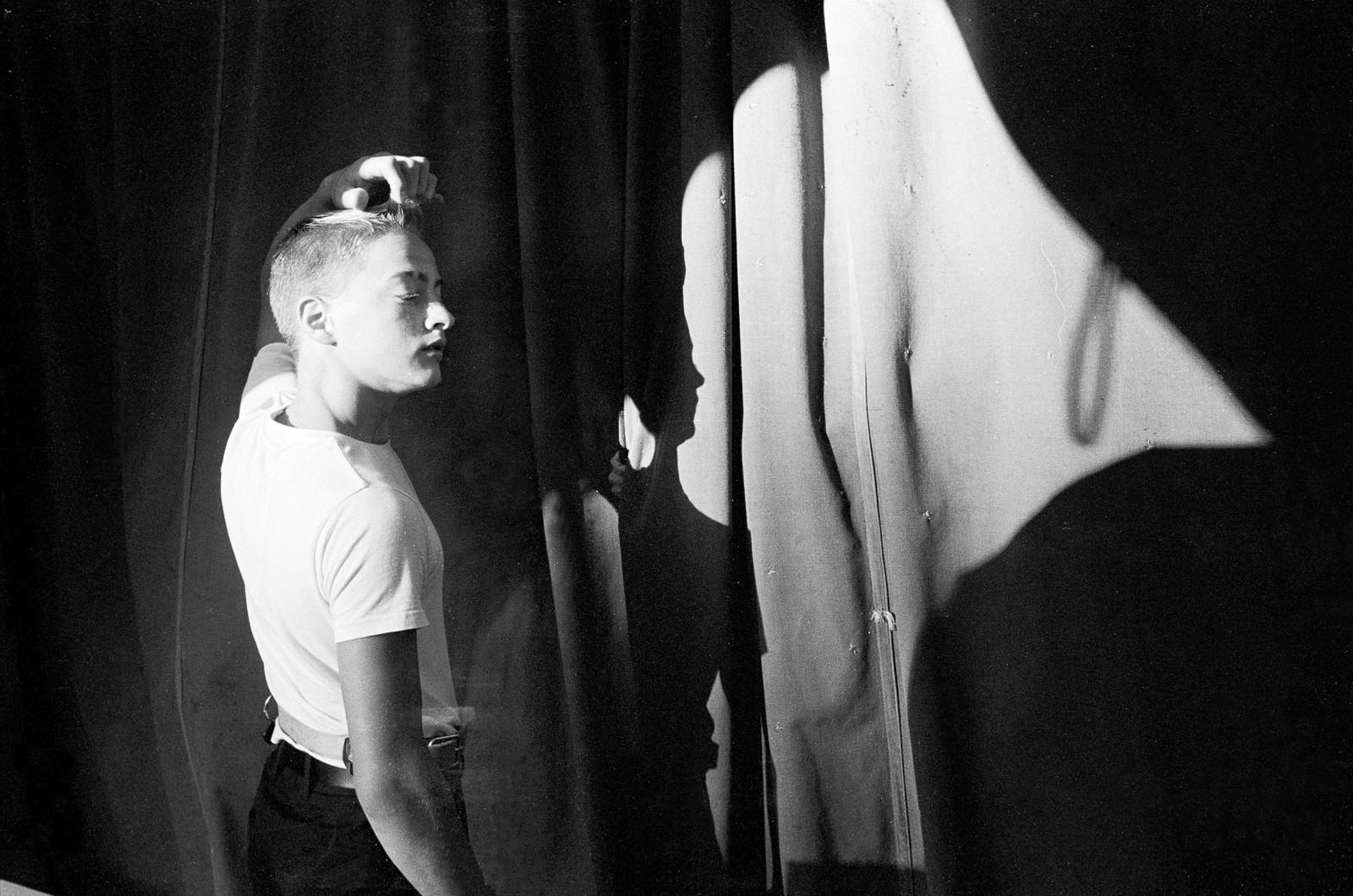 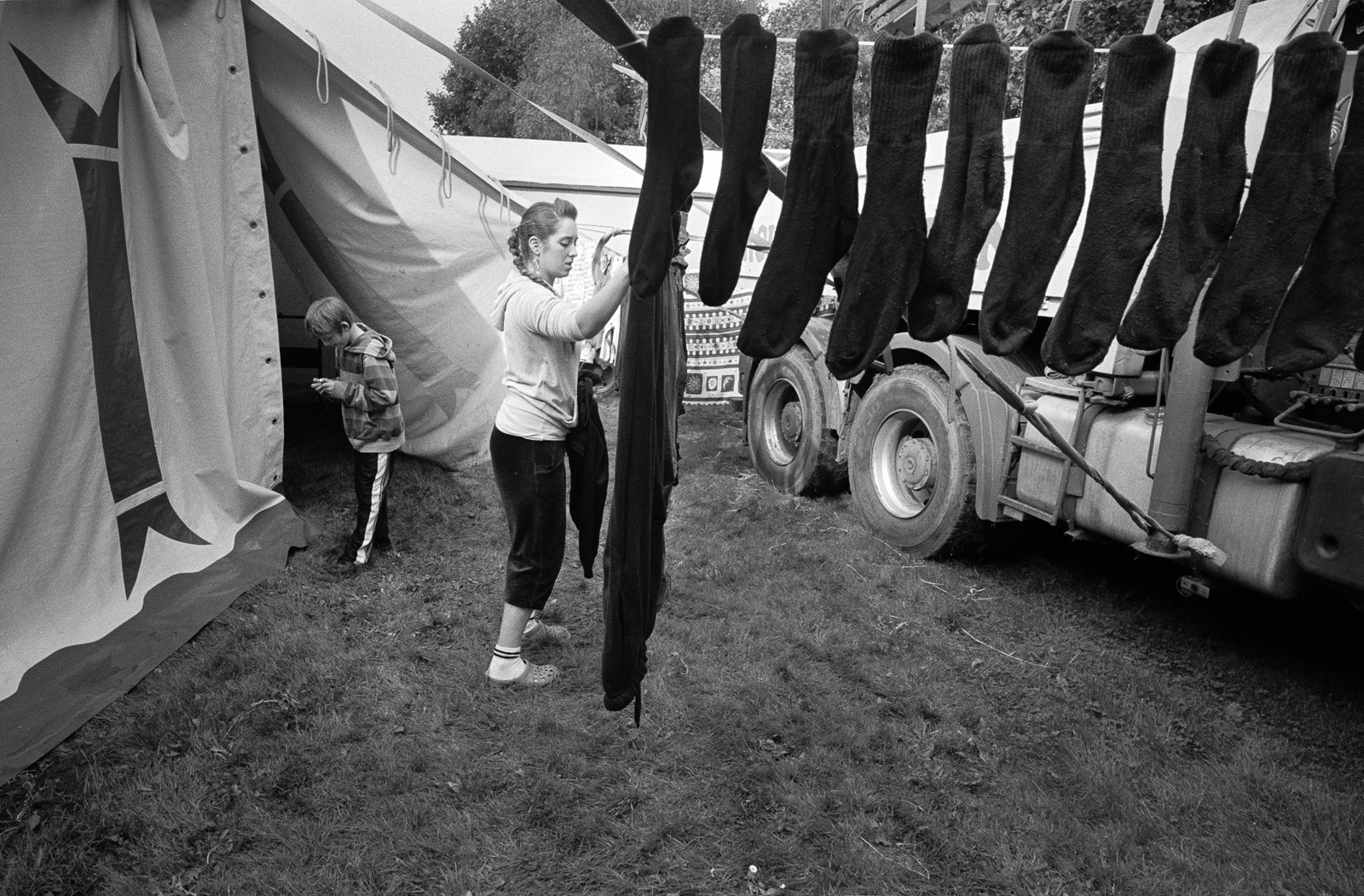 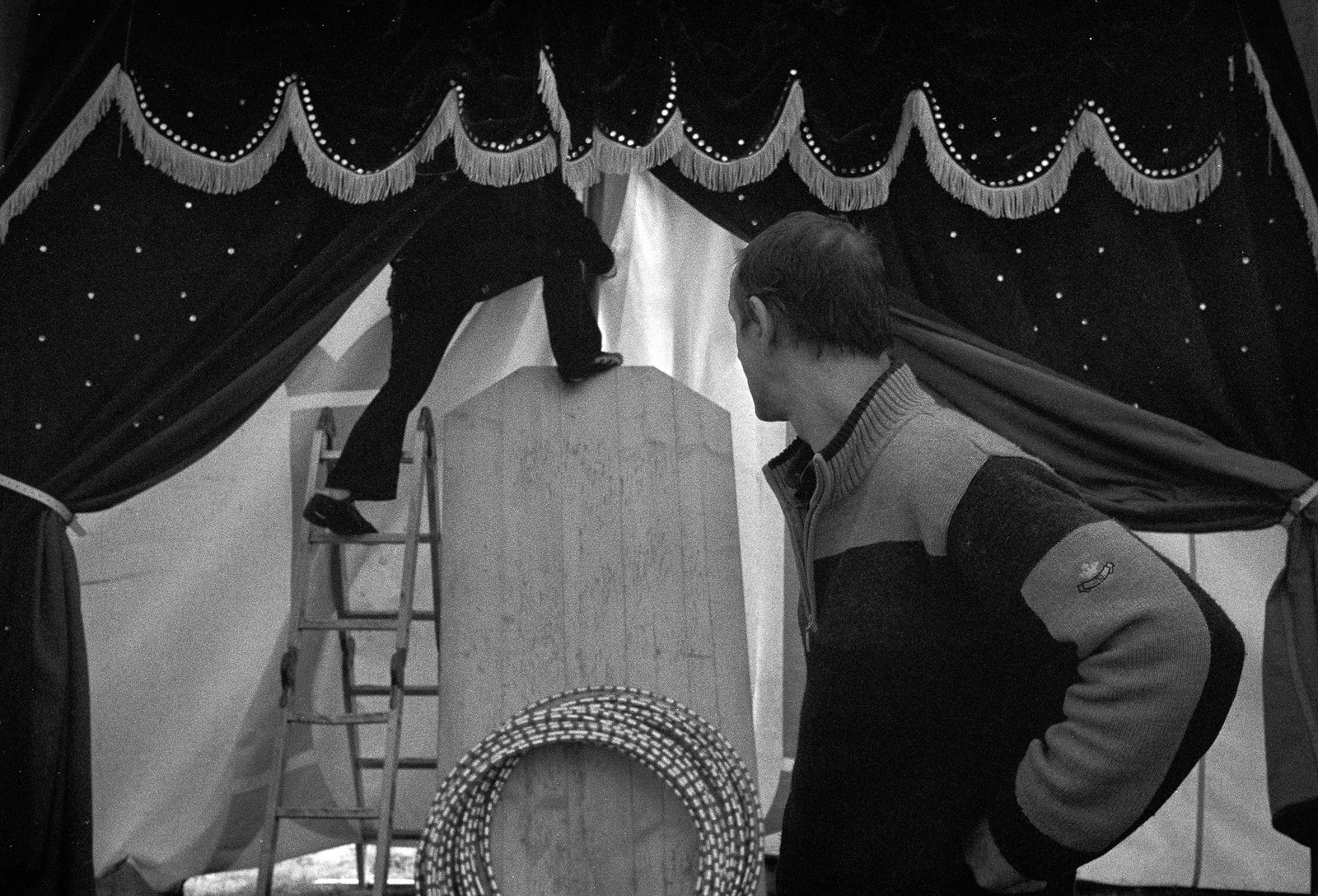 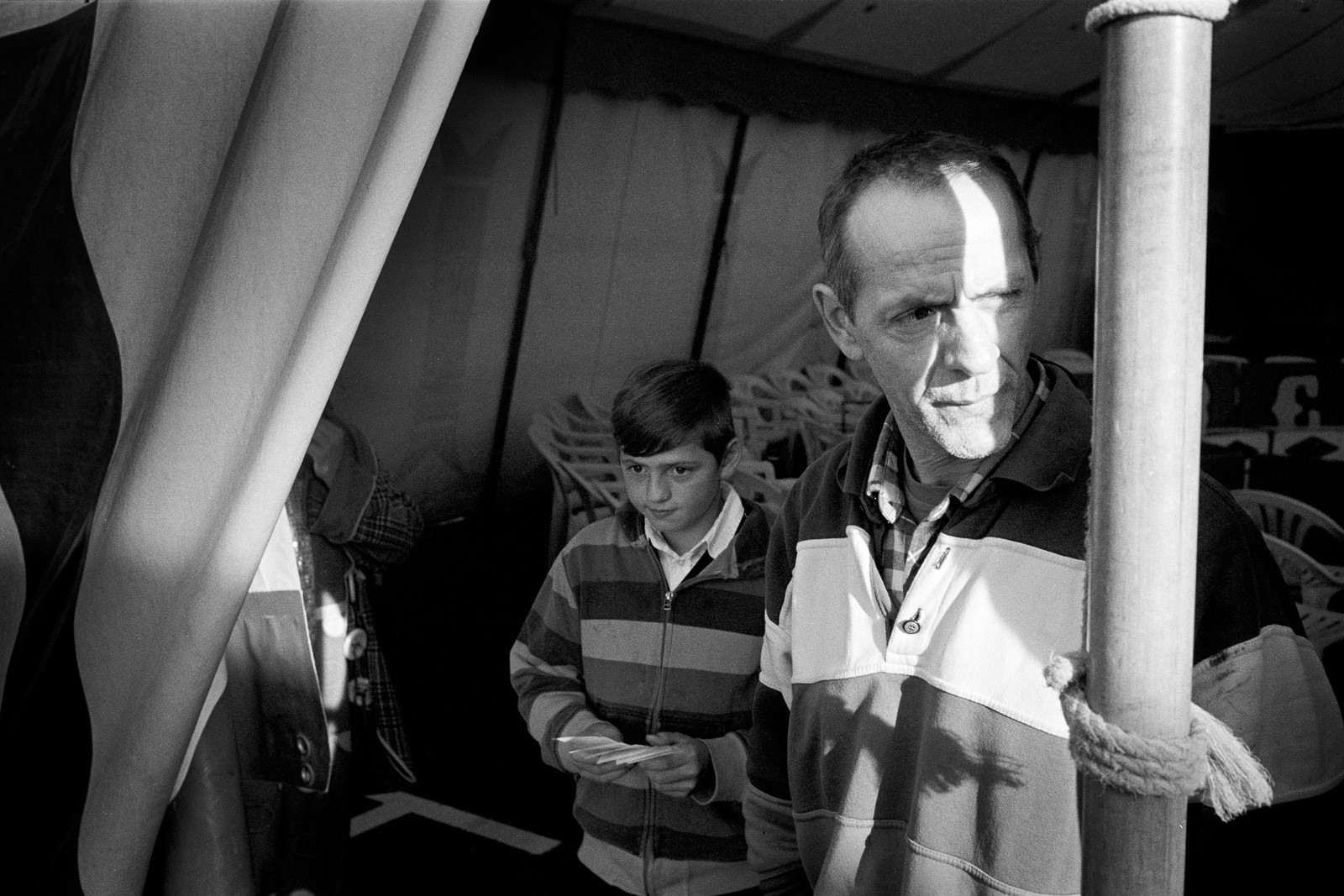 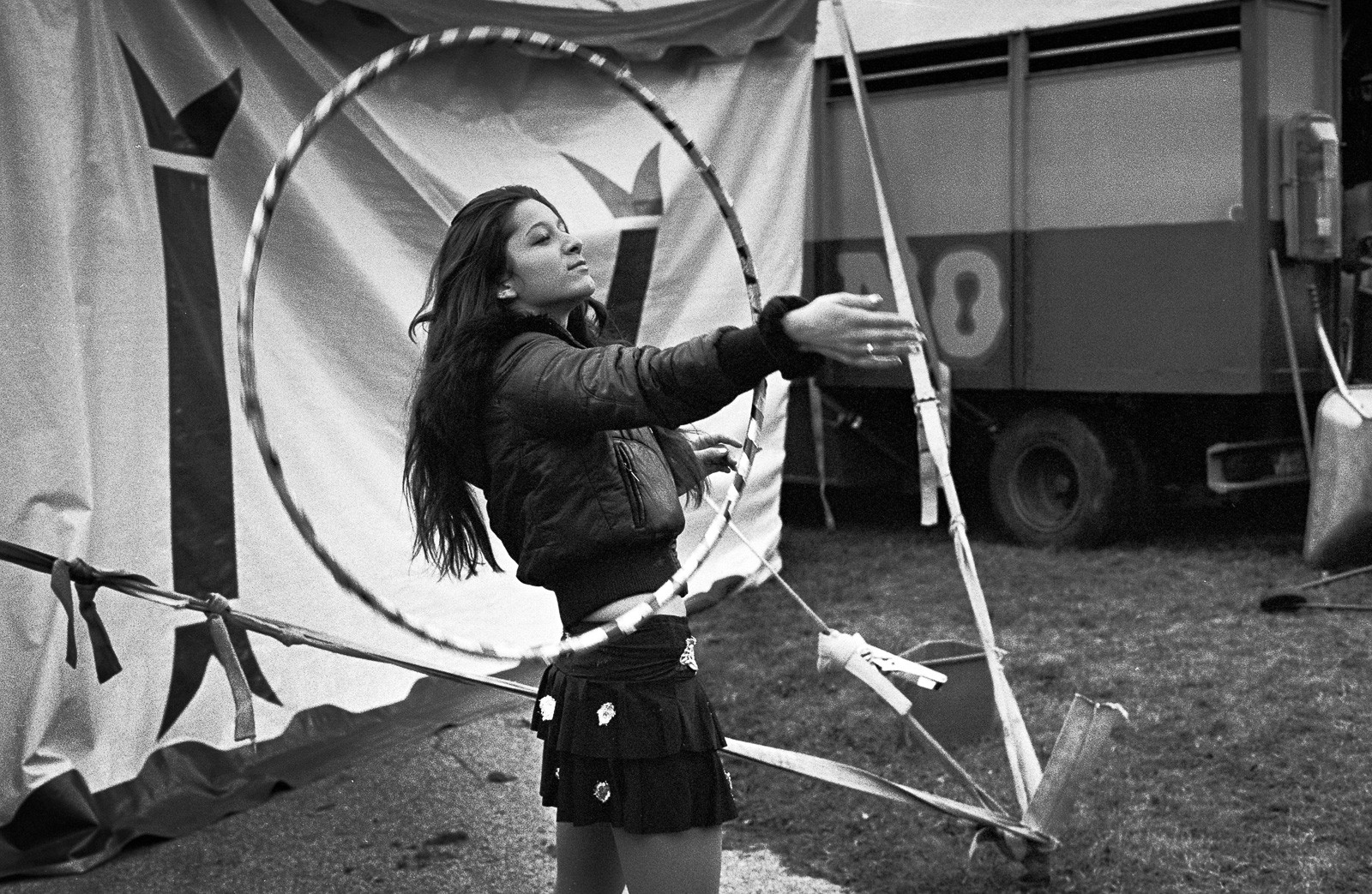 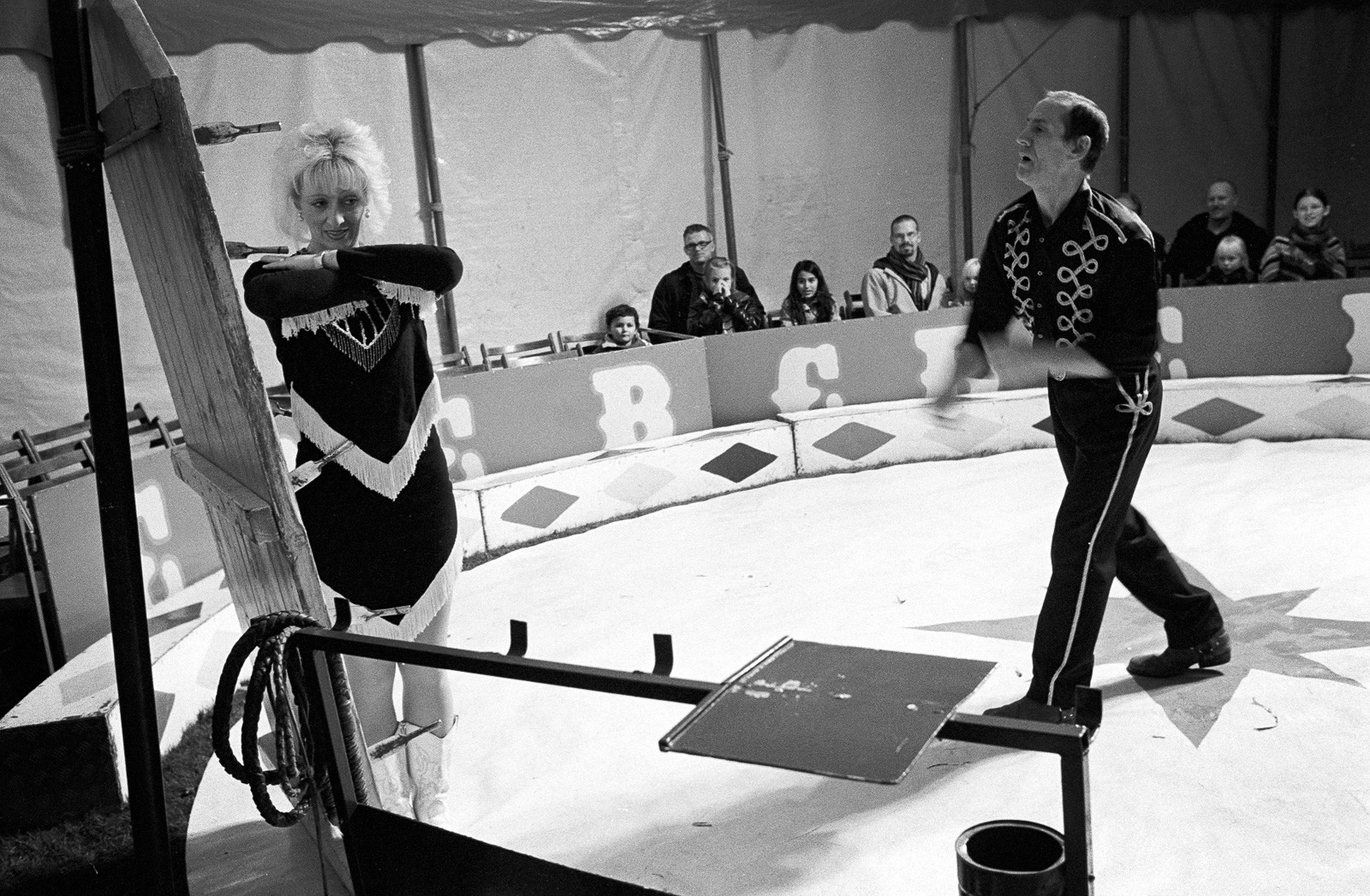 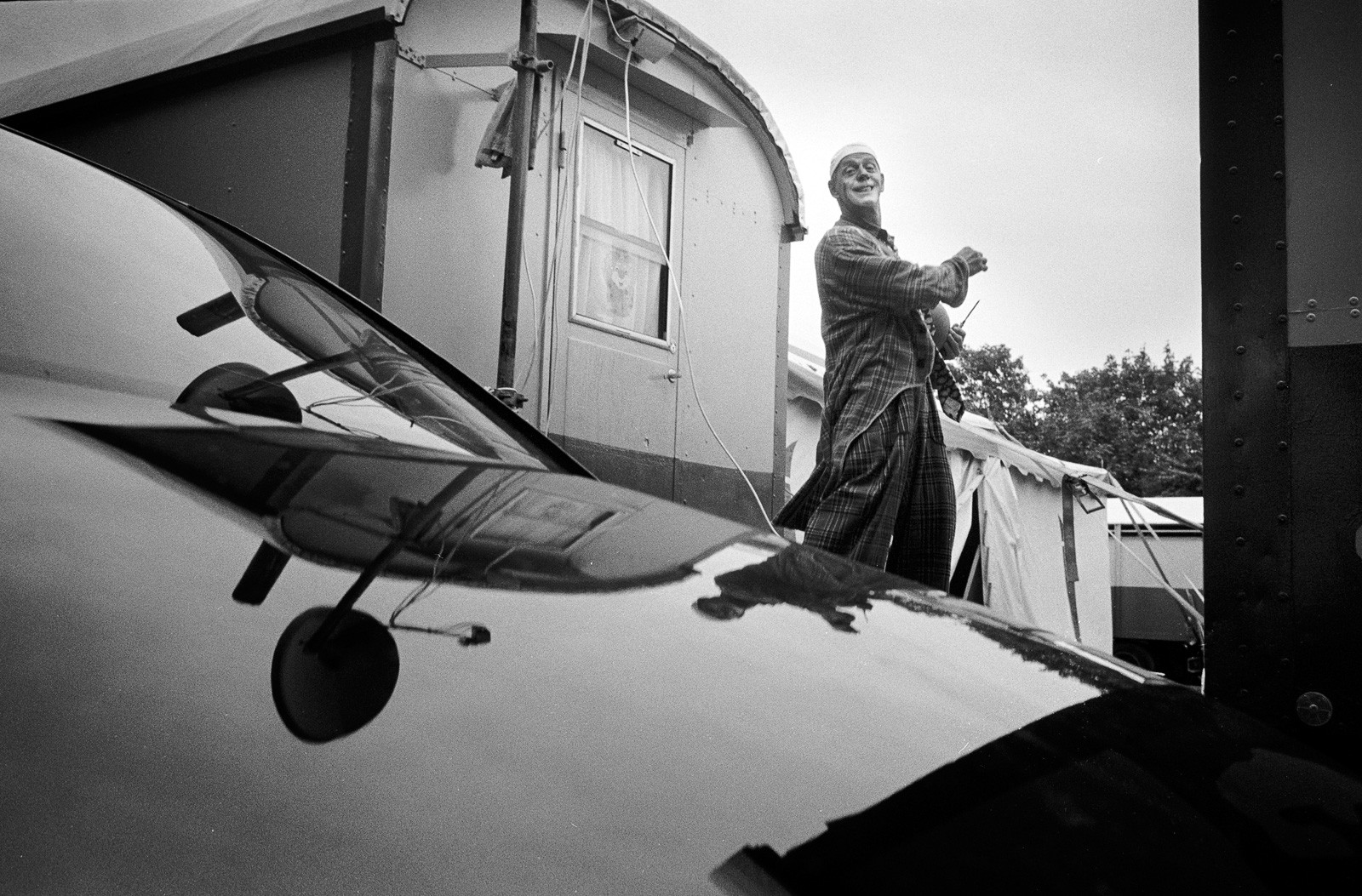 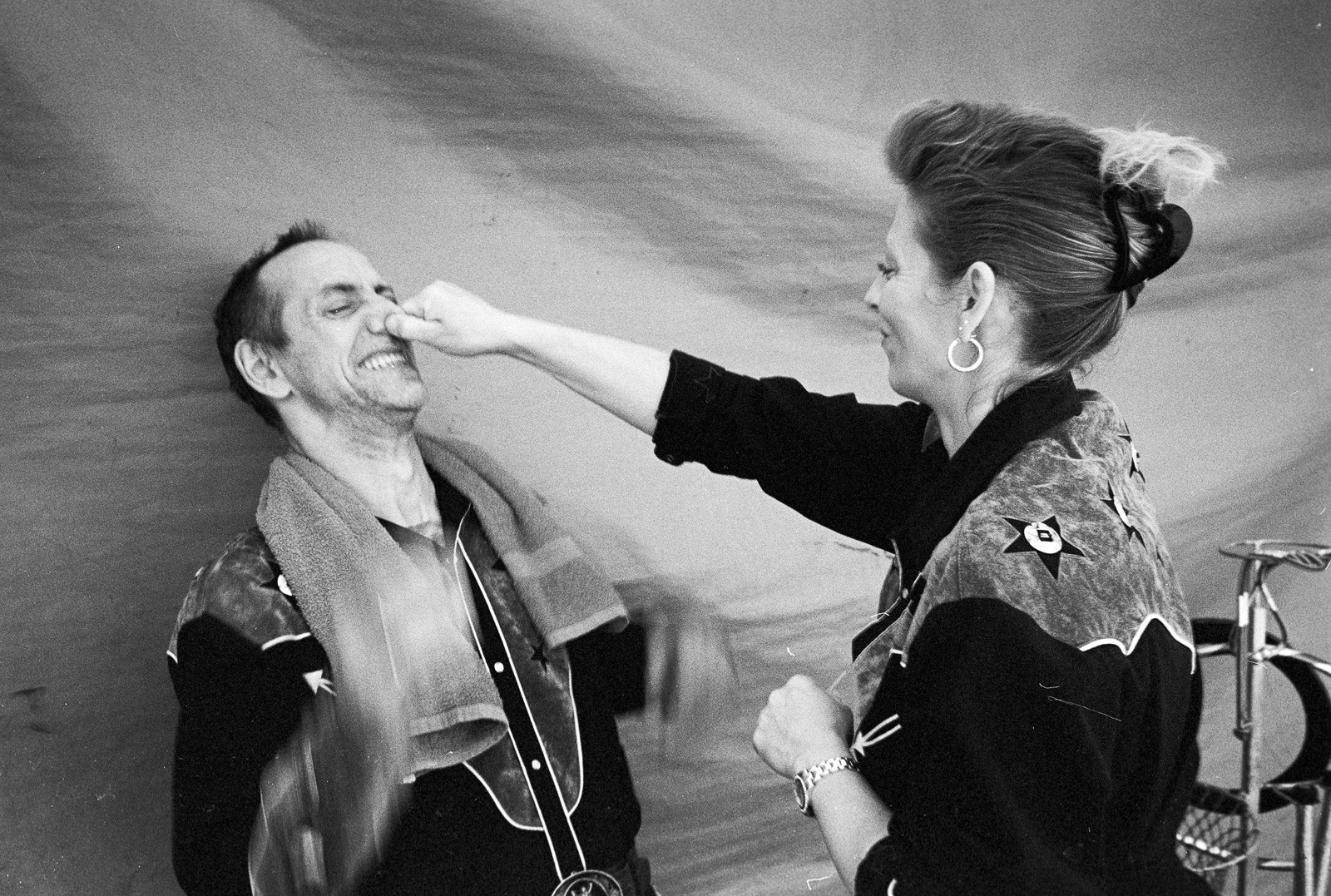 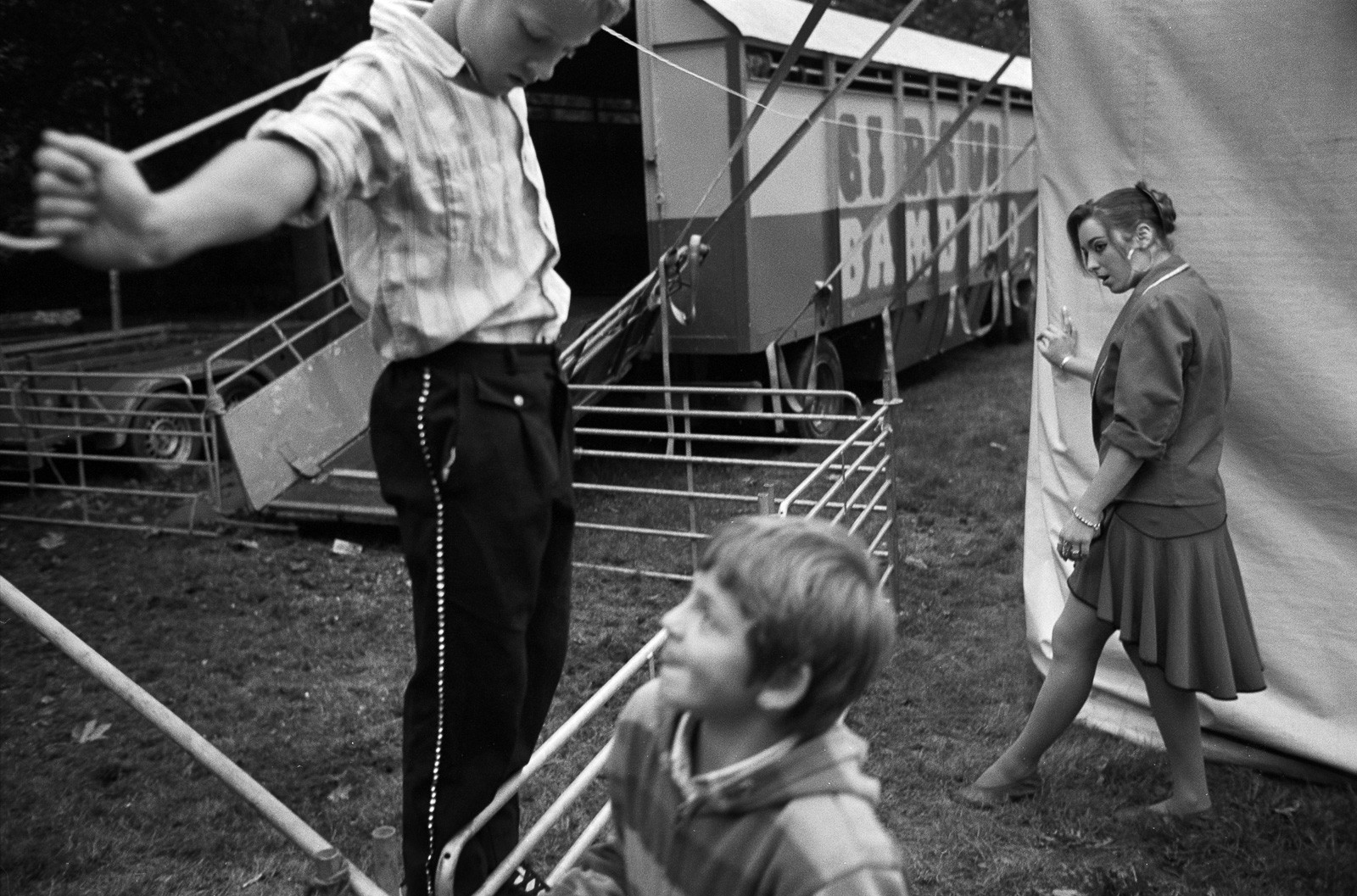 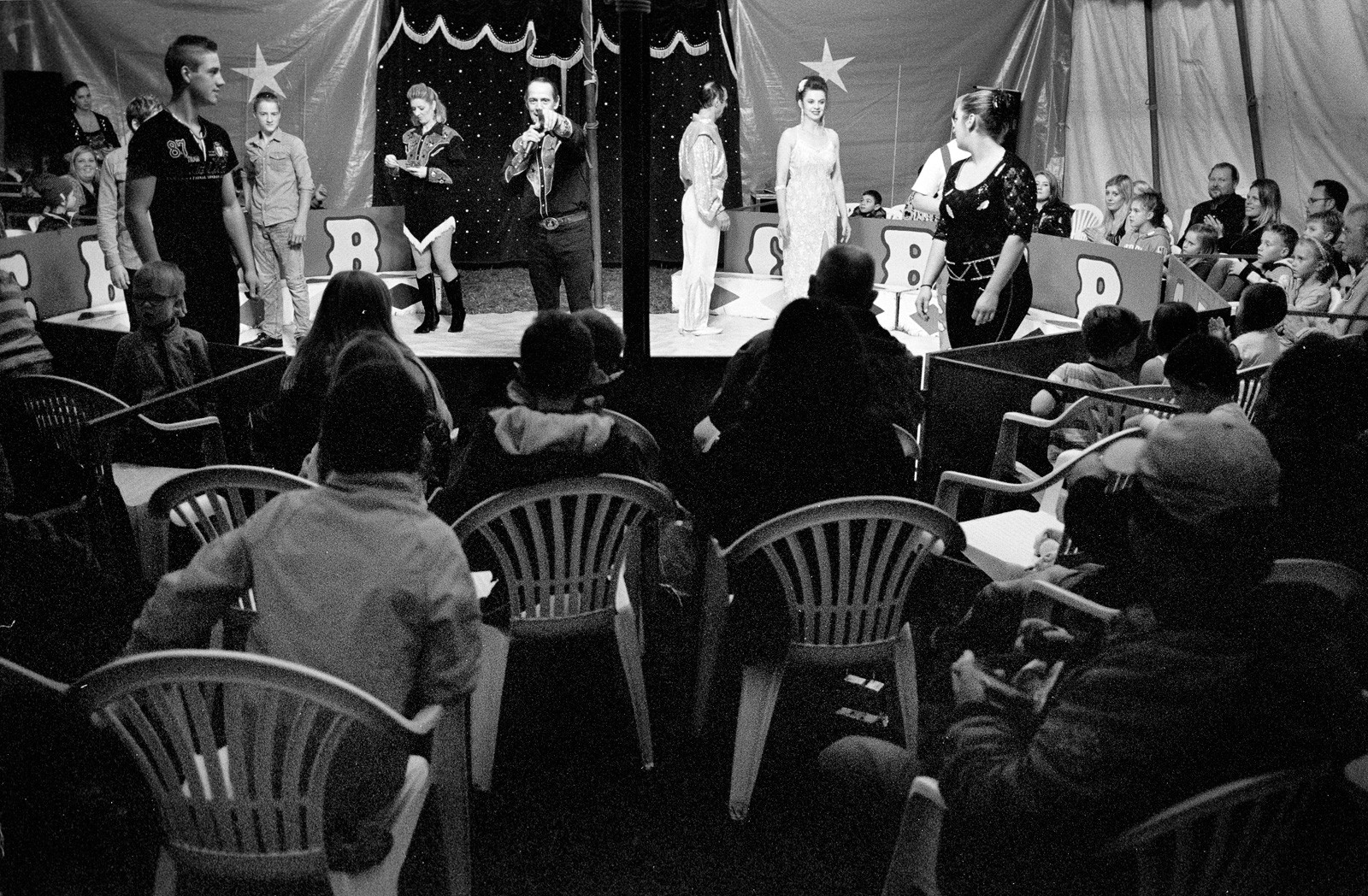 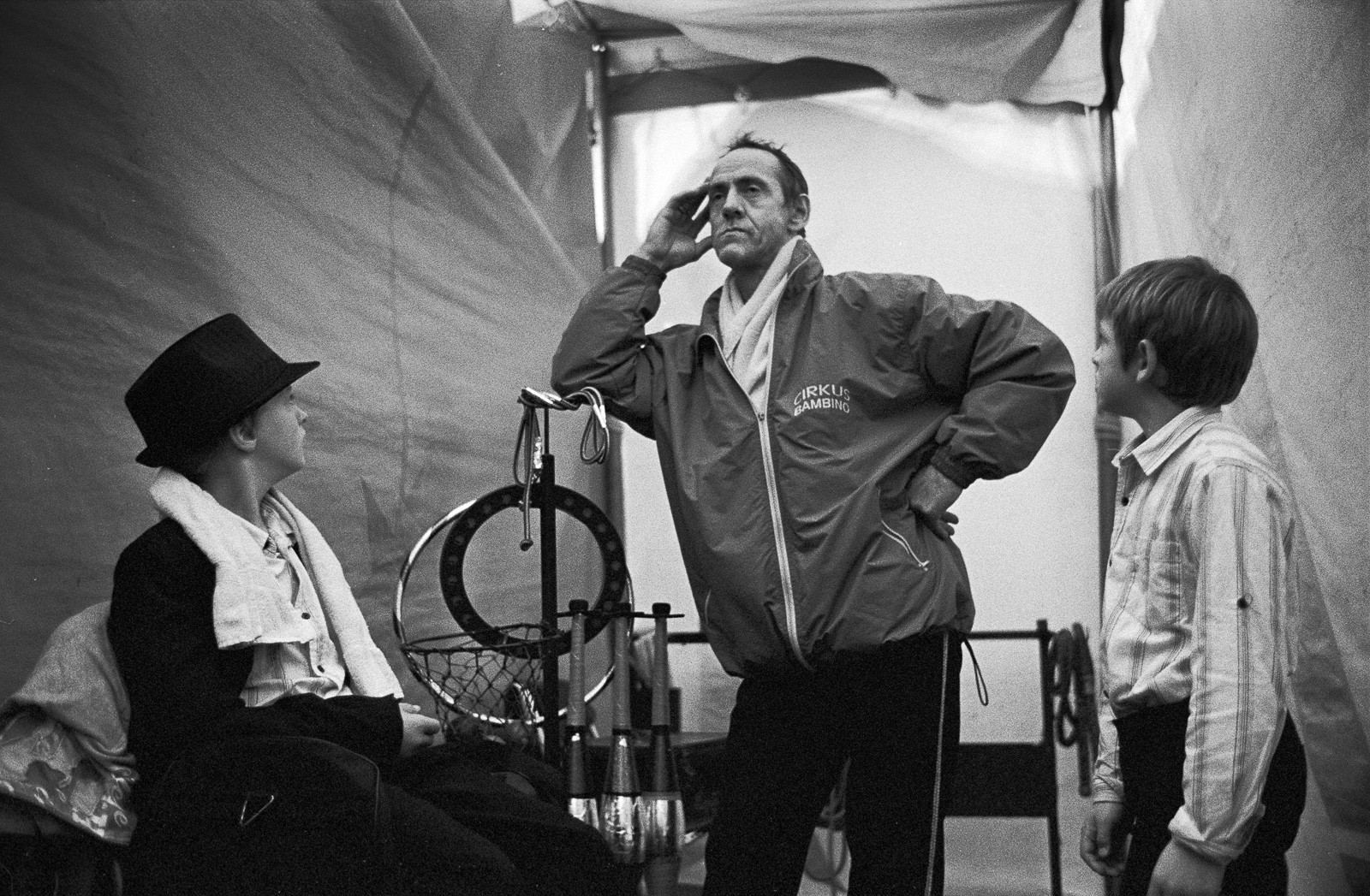 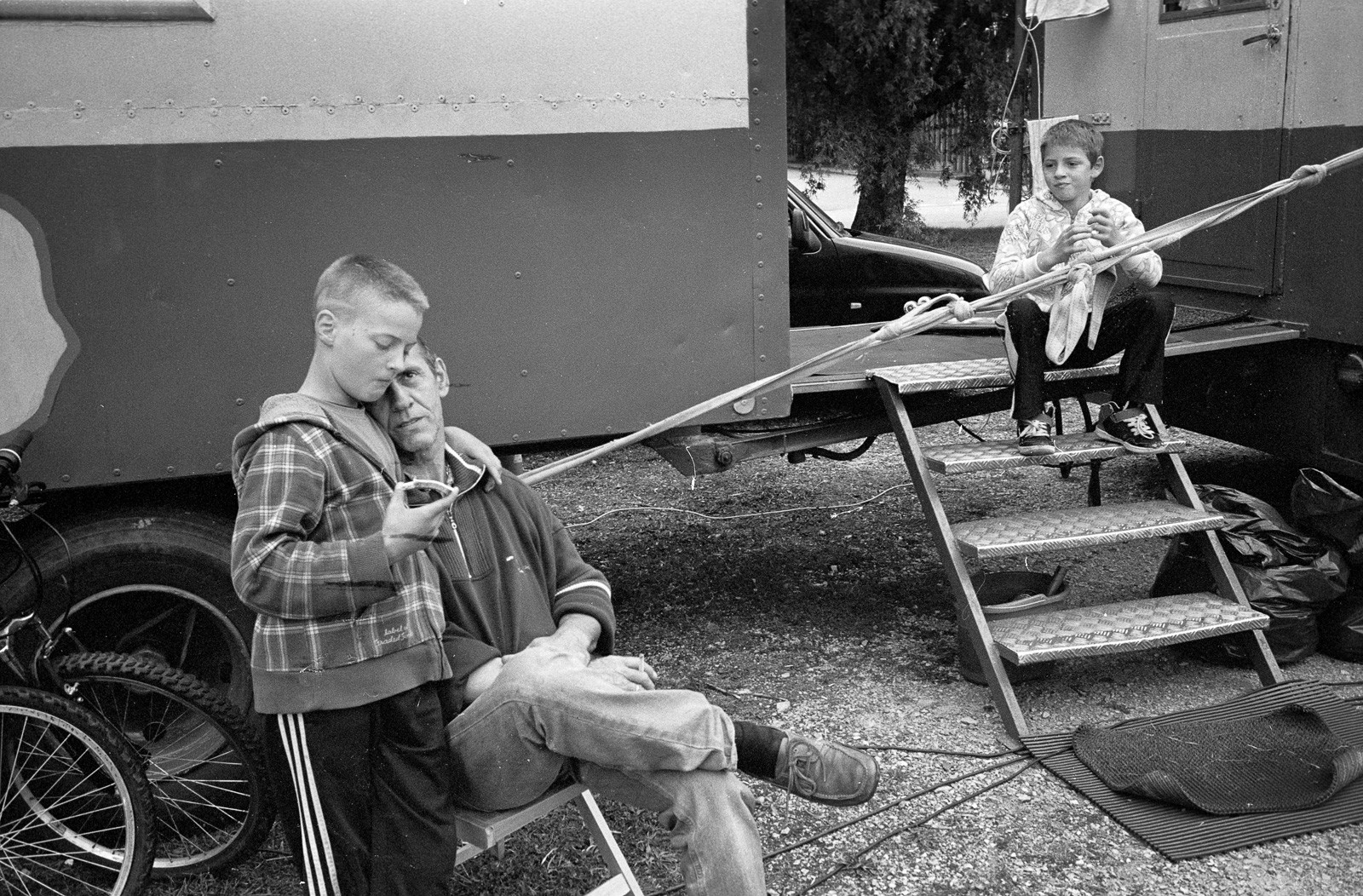 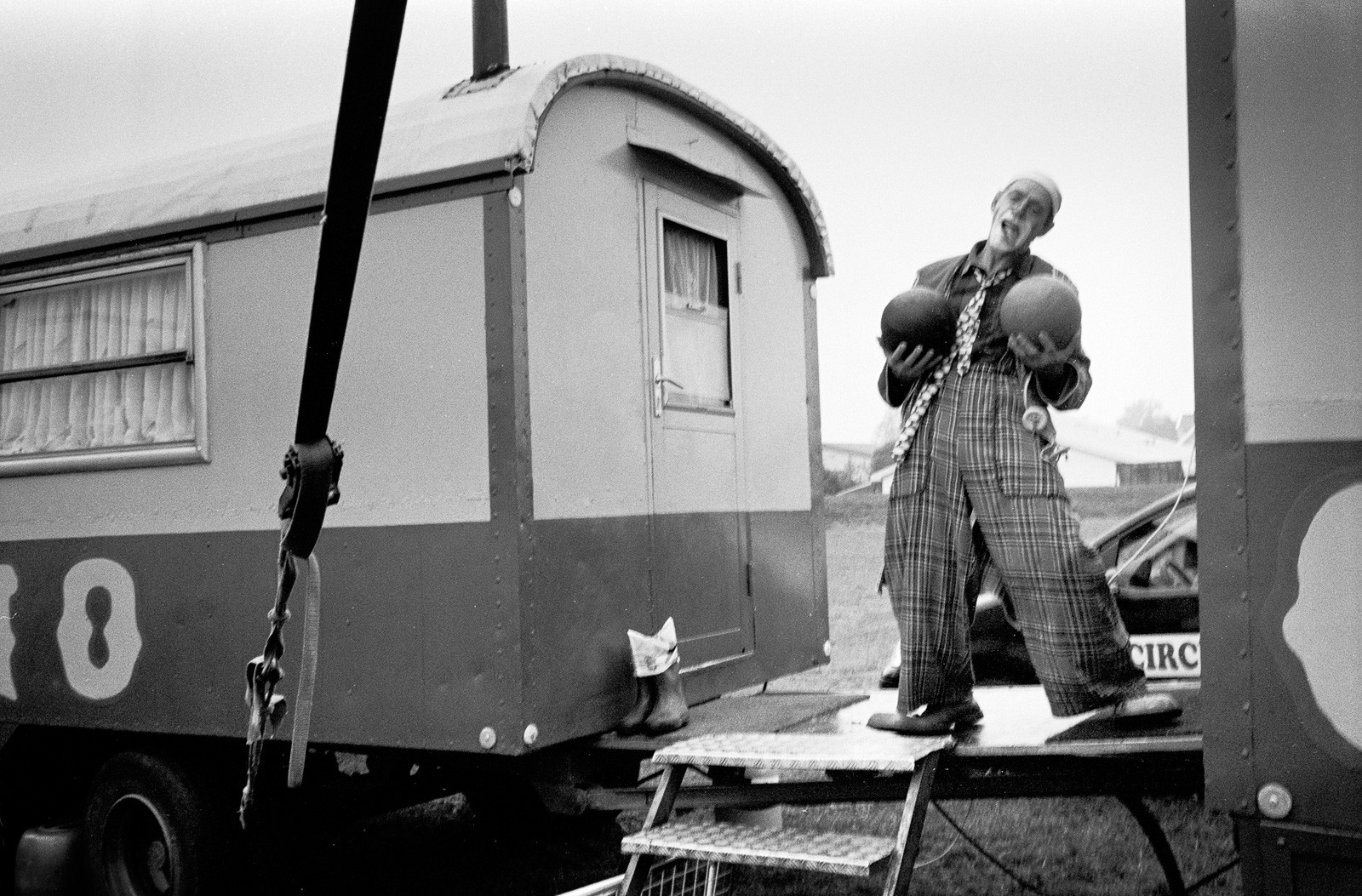 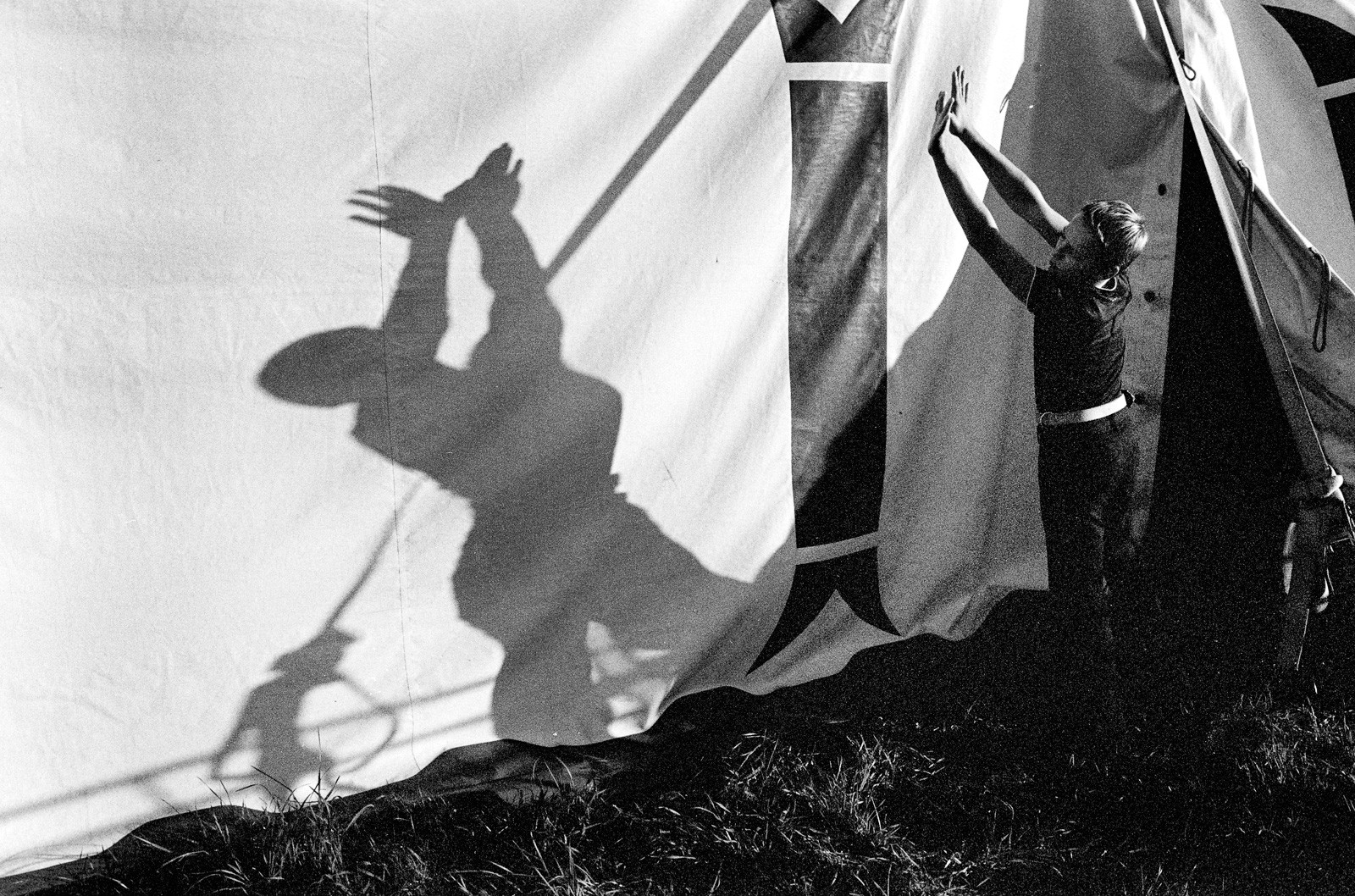 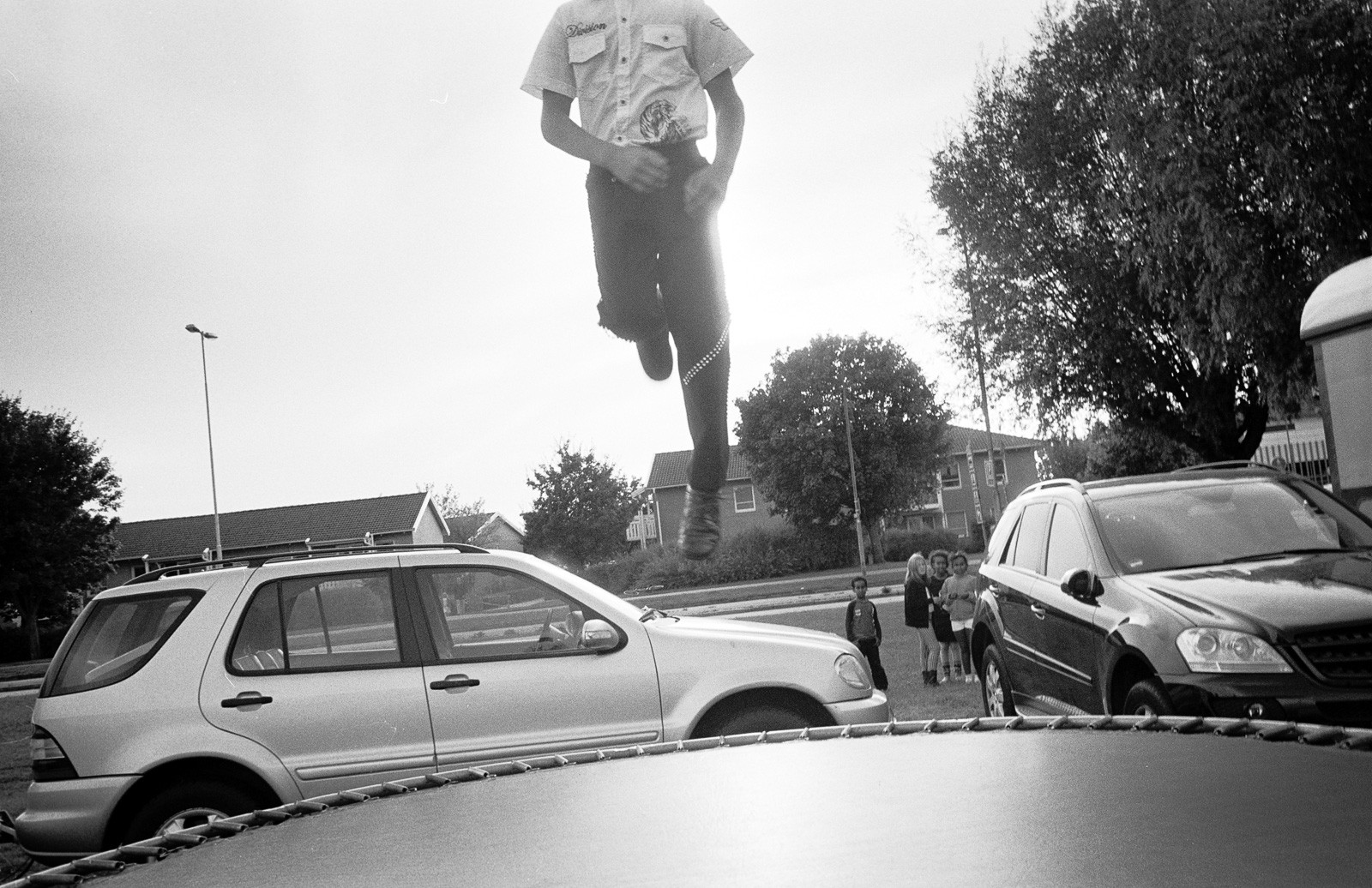 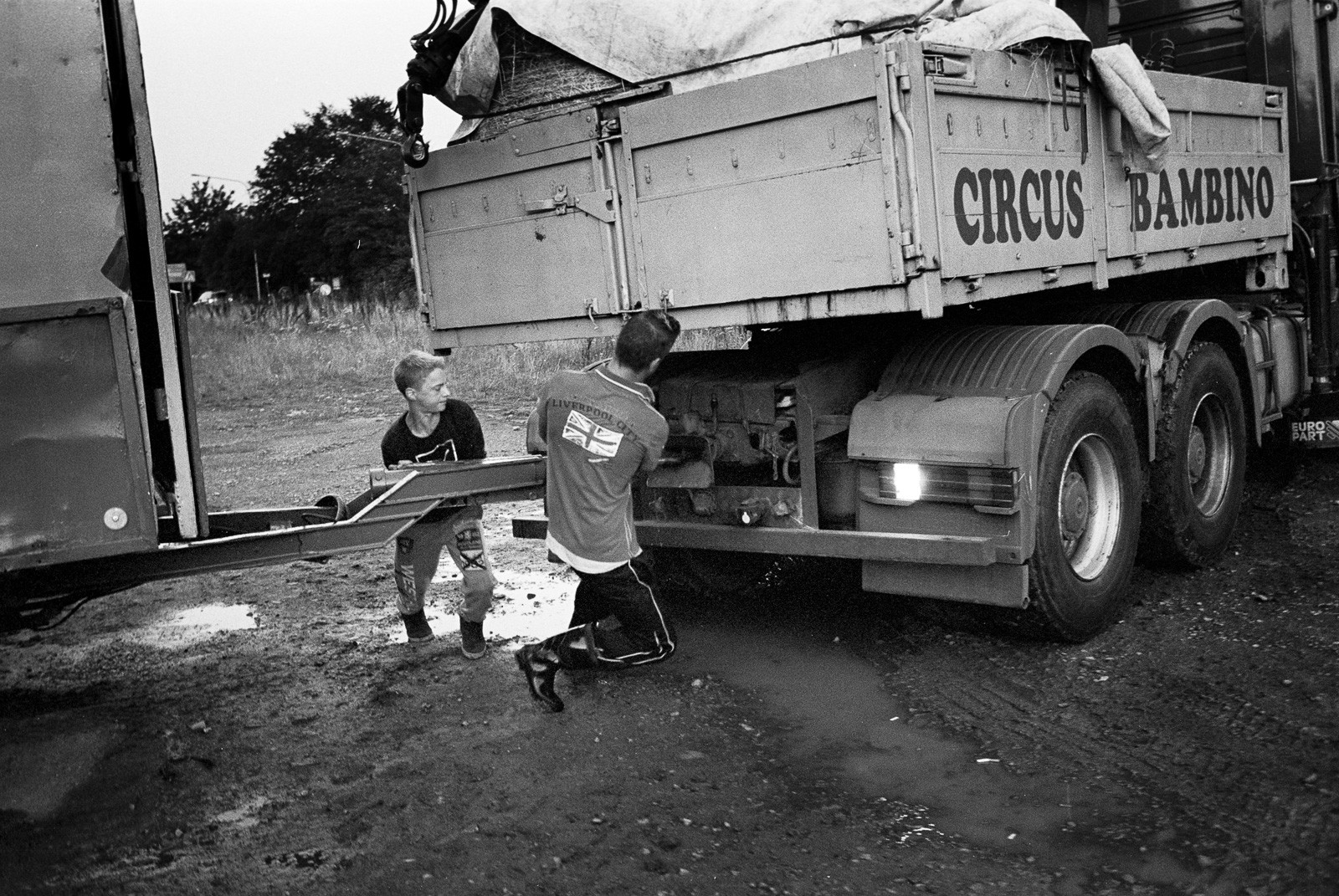 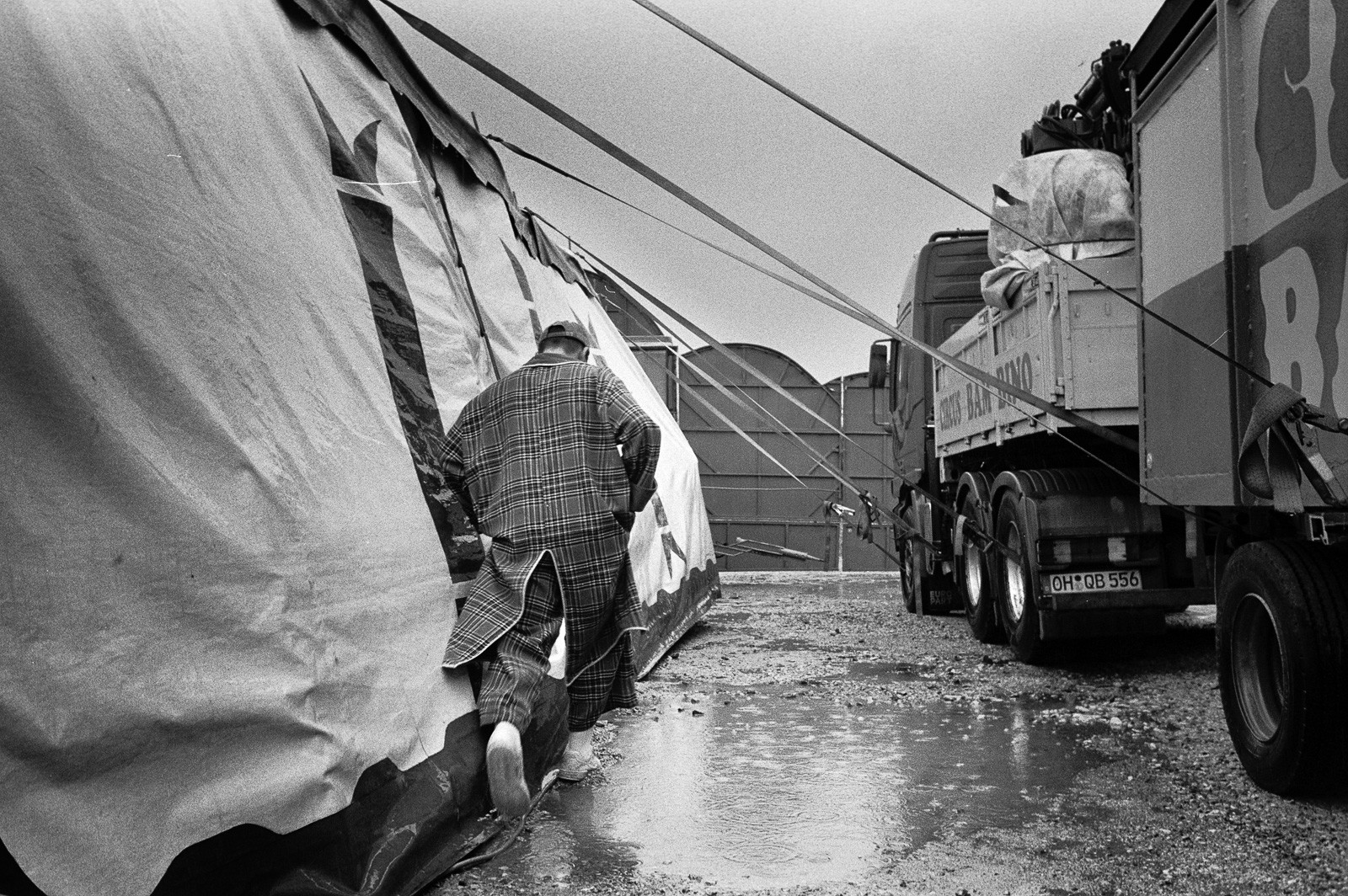